Police in Austin, Texas are reporting to an active shooter situation in which three people have been pronounced dead.

The shooting occurred at an intersection in the Arboretum area in northwest Austin. Police quickly took to Twitter to advise residents to stay clear of the area and “shelter in place.”

Just drove by the arboretum Starbucks in #Austin something is going on, KXAN is saying active shooter. pic.twitter.com/6fKvHHixwK

APD is currently on scene of an active shooting incident at Great Hills Trail and Rain Creek Parkway. All residents are advised to shelter in place and avoid the area. PIO en route. – PIO8

Photos of the area show it continues to be an active scene. Police have revealed they have 18 response vehicles in the area.

UPDATE3: Active Attack/Shooter incident 9600 blk Great Hills Trl continues to be an active Law Enforcement scene. No additional patients have been reported or located at this time. 18 #ATCEMS assets are currently on scene. Continue to avoid the area. More information to follow.

More scene photos from shooting in NW Austin this afternoon. Three people confirmed dead. Scene is active. Again this is in the area of Great Hills Trail and Rain Creek Parkway. Avoid the area @KVUE pic.twitter.com/buEVU9zWrY 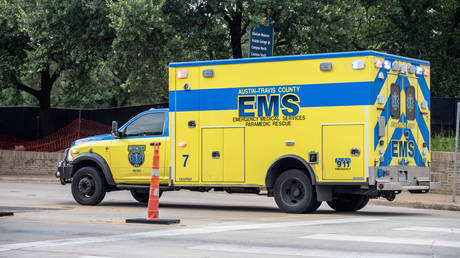