This came at meeting in Paris today where the two sides underlined the depth of relations between UAE and France and their determination to continue to grow their strategic partnerships.

The meeting addressed a number of regional and international issues of interest and the latest developments in the Middle East in the light of the two countries’ efforts to promote peace and stability.

Both sides affirmed the two countries share common visions and positions towards several key issues, and emphasised their keenness to continue to work for strengthening the pillars of regional and international peace.

Attending the meeting was Ali Abdullah Al Ahmad, the UAE Ambassador to France. 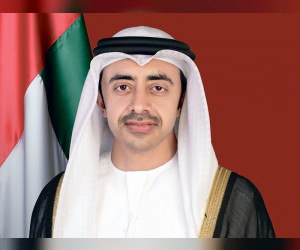 Ruler of Sharjah condoles with Emir of Kuwait on death of Sheikh Nasser Sabah...