ABU DHABI, 9th January, 2021 (WAM) — The Abu Dhabi Judicial Academy (ADJA) organised, in cooperation with the National School for the Judiciary (ENM, France), a training course entitled, Alternatives to Custodial Sentences, which was attended by 34 criminal court judges and prosecutors in the Emirate of Abu Dhabi.
The webinar, which was delivered via the Judicial Academy’s platform for distance education and training, is part of the cooperation agreement signed at the end of 2015 between the Abu Dhabi Judicial Department (ADJD) and the French National School for the Judiciary, which included a partnership contract between the two parties in the field of judicial training and governance of educational judicial institutions.
These courses, the ADJA explained, are organised in implementation of the directives of His Highness Sheikh Mansour bin Zayed Al Nahyan, Deputy Prime Minister, Minister of Presidential Affairs, and President of the Judicial Department, to seek to improve judicial performance by providing specialised and continuous training for members of the judiciary and court officers, and in accordance with the training plan approved by Yousef Saeed Al Abri, Undersecretary of the Abu Dhabi Judicial Department, which includes workshops and training courses for judges of all chambers, to keep abreast of legislative and judicial developments at the local, regional and global levels.
The course, which was taught by experts from the French National School of the Judiciary, covered a number of topics, the most important of which included the “tools and procedures for alternatives to custodial sentences”, the “legal characterisation of cases in which alternatives to punishment can be applied, taking into account both the victim and the accused, as well as the community, the cooperation between the public prosecution, the courts, psychologists and sociologists prior to determination and rendering judicial decisions, in accordance with the alternatives to custodial sentences and other preventive measures, such as electronic bracelets, community service, addiction treatment, and others.
At the end of the training session, speakers presented numerous real-life examples on the implementation of alternatives to prison sentences in France, and the cooperation mechanisms between the public prosecution, the courts and the enforcement authorities. 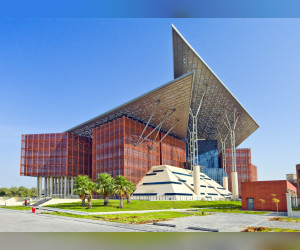 Gun-control mall Santa causes boy to cry after telling him no NERF gun, no...