ABU DHABI, 24th December, 2020 (WAM) — The Saudi Central Bank and the Arab Monetary Fund (AMF) announced on Thursday the inclusion of the Saudi Riyal as a settlement currency in Buna, the regional cross-border payment system owned by the AMF.

The National Commercial Bank (NCB) has been assigned as a settlement bank for the Saudi currency.

NCB has been awarded this role, as by the terms of the agreement signed with Buna and has completed all the required technical tests and integration process to provide transaction services in Saudi Riyal through Buna’s platform.

The Saudi Riyal is the third Arab settlement currency to join Buna’s payment platform, following the inclusion of the UAE Dirham and Egyptian Pound consecutively. This milestone comes in line with Buna’s ongoing efforts to build its network of participant banks as well as Arab and International currencies.

Commenting on the announcement, Dr. Abdulrahman A. Al Hamidy, Director-General and Chairman of the Board of the Arab Monetary Fund, expressed his appreciation and gratitude to the Governor of the Saudi Central Bank and the Chief Executive officer of NCB for their constant support to facilitate the inclusion process.

He also praised the great efforts of the dedicated teams in the Saudi Central Bank and NCB.

“The long-term value that we are bringing to the payment industry in this part of the world, is not limited to our diversified and agile payment system but as well to our ability to explore the region needs for a multi-currency and centralised platform that can offer modern payment solutions that comply with international standards in a safe, cost- effective, risk-controlled and transparent environment,” Al Hamidy added. 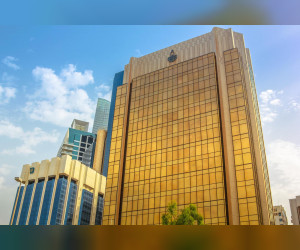