CNN’s Dana Bash has lashed out against “cancel culture” after receiving backlash for recognizing a “different tone” from President Donald Trump about the protest at the US Capitol.

Bash’s comments came after the president released a new video calling the events at the US Capitol this week “heinous” and promised a “seamless transition” of power to Joe Biden’s presidency ahead of the January 20 inauguration, which Trump has confirmed he will not attend.

Bash appeared to lightly praise the president, saying it was the first time he “accepted the reality” that Biden will be president.

The day after Donald Trump incited a domestic terrorist attack on the U.S. Capitol @DanaBashCNN said he is showing “a very different tone” pic.twitter.com/c3r01ZeQCi

Bash’s own tone was not extreme enough for many Trump critics who quickly took to social media to slam the commentator.

Dear Dana Bash,
Trump’s “new tone” is another act now that things just got real for him for the first time in his life-please stop furthering his narrative and helping him distract.

The day after Donald Trump incited a domestic terrorist attack on the U.S. Capitol that killed 4 people, Dana Bash @DanaBashCNN is talking about how Trump is showing “a very different tone.”

Like when the domestic abuser blackens his wife’s eye and then says ‘I love you?’ https://t.co/g1m2GDPHip

Bash responded to one such attack from Democratic strategist Adam Parkhomenko who called out the CNN anchor in multiple tweets.

You must be joking. You think calling out one of your precious journalists is the same as inciting a terror attack on our Capitol? Shame on you.

Bash directly responded to the tweets by calling them “totally out of bounds and out of context” and lashing out against “cancel culture,” a term typically used by conservatives facing backlash.

“What the president said was different. I didn’t defend it. I explained it. With reporting. I also called out his lies in the video,” Bash tweeted. “These times are hard enough. Engaging in cancel culture B.S. has got to stop – especially when it comes to journalists putting facts first. Enough.”

Parkhomenko pointed out, as others did, Bash’s “pattern of behavior” when it comes to the president – she also praised a change in tone from Trump on the Covid-19 pandemic in March – in response.

“That was not praise. It was stating a fact.  And then giving context to that fact. But given that you’re stirring people up without context means you wouldn’t understand what that means,” Bash responded.

This is my last response to you : That was not praise. It was stating a fact. And then giving context to that fact. But given that you’re stirring people up without context means you wouldn’t understand what that means. https://t.co/CbawVhPtKz

Despite accusations that she was defending the president, Bash has been one of many to claim Trump is partly responsible for the attack on the US Capitol.

“He called for and incited violence,” Bash said of Trump. “Maybe he didn’t realize he was doing it, maybe he did, but he did it.” 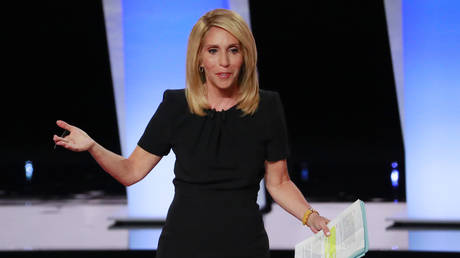