RIYADH, 26th February, 2021 (WAM) — The Custodian of the Two Holy Mosques King Salman bin Abdulaziz Al Saud made a telephone call to President Joseph Biden of the United States of America.
The Custodian of the Two Holy Mosques congratulated the President on his assumption of his post as President of the United States of America.
During the telephone conversation, King Salman and the US President stressed on the depth of the relationship between the two countries, and the importance of strengthening the partnership between them to serve their interests and achieve security and stability in the region and the world, the Saudi Press Agency, SPA, reported on Friday.
The most important issues in the region and developments of common interest were also reviewed, as well as Iranian behavior in the region, and its destabilising activities and its support for terrorist groups were discussed.
In this regard, the Custodian of the Two Holy Mosques thanked the US President for the US’s commitment to defend the Kingdom of Saudi Arabia against such threats and to assure that Iran will not be allowed to possess nuclear weapons.
The US President commended the Kingdom’s support for the United Nations efforts to reach a truce and a ceasefire in Yemen.
The Custodian of the Two Holy Mosques affirmed the Kingdom’s keenness to reach a comprehensive political solution in Yemen and its endeavor to achieve security and development for the Yemeni people. 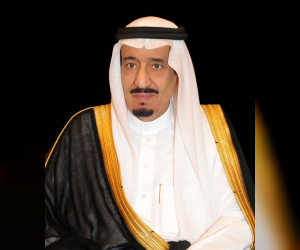 Man who fired on police charged with attempted murder