DUBAI, 27th December, 2020 (WAM) — du, from Emirates Integrated Telecommunications Company (EITC), has revealed the winners of its #WorldsCoolestWinterChallenge with His Highness Sheikh Mohammed bin Rashid Al Maktoum, Vice President, Prime Minister and Ruler of Dubai, subsequently sharing the announcement on his official social media channels.
As part of the challenge, two lucky winners every week will receive prizes worth AED25,000 each until January 14, 2021.
The contest was launched in collaboration between du and the UAE Government Media Office as part of the company’s search to uncover the UAE’s hidden gems by encouraging the public to share their outdoor experiences in UAE on social media for a chance to win big prizes.
Participants were invited to post creative images or short videos of no longer than 30 seconds about their winter activities across the UAE on Instagram and Twitter using the hashtag #WorldsCoolestWinterChallenge.
This week’s winners, Ahmad Hasan and Subodh Shetty, were overjoyed to find out about their win. Talking about his video, Ahmed Hasan said: “The UAE is a melting pot of cosmopolitan cultures yet, there is a distinctiveness and roots that connect to the past. My video represents this combination that is unique to the Emirates.”
Highlighting the inspiration behind his entry, Subodh Shetty said: “This year has been so different to any other we have seen in our lifetimes. After a prolonged time, it was great to come out and experience the UAE in a new light. Participating in the contest really helped boost our energy and I am inspired that the Emirates is so positive about encouraging residents to go out and explore local destinations.”
More than 11,500 entries have been submitted since December 15, capturing the UAE’s major attractions and lifestyle from the eyes of the public. Congratulating the winners, Fahad Al Hassawi, Acting CEO, du, said: “Mobile technology has transformed the way we look at the world. This unique competition invites UAE residents to look at their communities with fresh eyes and a lively determination. We aim to celebrate the cultural richness and beauty in the diversity of the UAE and our team is excited to receive brilliant videos. I would like to congratulate both Ahmad Hasan and Subodh Shetty for a much-deserved win this week.”
The second phase of the competition will offer two grand cash prizes worth AED50,000 each over 10 days starting from January 15 to January 25, 2021. At the end of the challenge, du will publish the stories of the winners, along with the journey that inspired their submissions.
The social media challenge supports ‘World’s Coolest Winter’ campaign, which was launched under the new UAE Strategy for Domestic Tourism on Saturday, to encourage the public to enjoy the season’s pleasant climate in embarking on different adventures across the UAE’s unique attractions. ‘World’s Coolest Winter’ campaign is led by the Ministry of Economy, in collaboration with local tourism entities, and supported by UAE Government Media Office. 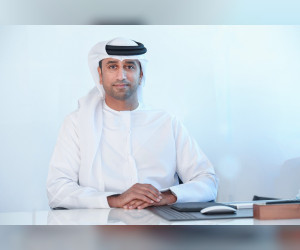