Entrepreneur Elon Musk has revealed that he mulled selling off Tesla for dirt cheap to Apple during difficult times for the Model 3 rollout, but said company CEO Tim Cook rebuffed the offer, refusing to even grant him a meeting.

Musk let the detail slip in a tweet on Tuesday, following reports that Apple could enter the car market in the coming years with “next level” battery technology, where it would directly compete with Tesla.

“During the darkest days of the Model 3 program, I reached out to Tim Cook to discuss the possibility of Apple acquiring Tesla (for 1/10 of our current value). He refused to take the meeting,” Musk said, deeming the details about Apple’s future ‘iCar’ as “Strange, if true.”

During the darkest days of the Model 3 program, I reached out to Tim Cook to discuss the possibility of Apple acquiring Tesla (for 1/10 of our current value). He refused to take the meeting.

While Musk did not give an exact timeframe for the offer, with Tesla shares currently going for just over $640 and a market cap of some $607 billion, he suggested the buy-out could have been a valuable one for the California-based tech firm. The Model 3 first rolled off the assembly line in 2017 after more than a decade under development, becoming the world’s best-selling electric car as of last March.

According to a Reuters report on Monday, Apple aims to break into the plug-in car market by 2024, with a team dubbed “Project Titan” renewing efforts to develop a vehicle from scratch after years of stop-start work. The company reportedly plans to develop a new battery design that could cut costs “radically” while boosting the vehicle’s range. Musk remained skeptical, however, stating that the “monocell” battery mentioned in the Reuters report is “electrochemically impossible.” 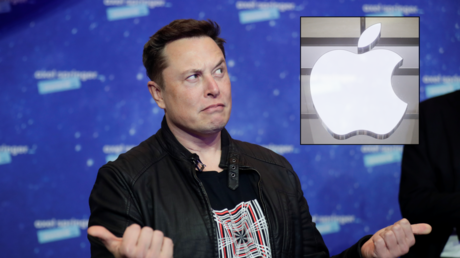 Over 18,000 new coronavirus cases in India