The FBI is reportedly probing potential political motives behind the recent dognapping of Lady Gaga’s French bulldogs. Two of her three bulldogs were snatched during an armed robbery, while her dog walker was shot.

The Federal Bureau of Investigation (FBI) has deployed a team specializing in kidnappings and ransom cases to assist the Los Angeles Police Department (LAPD) with the case, the Sun reported. The investigators, among other things, are looking into potential political motives behind the incident.

“Lady Gaga is high profile, of course, but she sang at President Biden’s inauguration, which takes this case to another level,” a source told the newspaper. “The FBI wants to know exactly what motivated this incident.”

Approached by the Sun, the FBI did not confirm or deny its involvement.

“While the Bureau provides resources if/where requested to our local partners, I would refer you to LAPD for comment as they are leading this investigation,” the agency said, while the LAPD remained tight-lipped on the case.

The dramatic incident unfolded in LA late on Wednesday, when Lady Gaga’s dog handler was walking on a street with her three French bulldogs. The man was ambushed by two unknown assailants, described by local police as black men in their twenties.

On Feb 24 at approx 9:40pm the victim was walking 3 French bulldogs in the area of Sierra Bonita & Sunset. The suspects approached the victim in a white Nissan Altima.

Two suspects exited the vehicle & demanded the victim turn over the dogs at gunpoint.

The dog walker struggled with the suspects and ultimately got shot by one of them. The suspects then snatched two dogs and drove off, while the third bulldog managed to avoid capture and was safely recovered later. The dog walker was hospitalized and remains in stable condition.

According to media reports, Lady Gaga is now offering an eye-watering sum of $500,000 for the safe return of her beloved dogs, “no questions asked.” It remains unclear whether the suspects targeted the singer’s pets specifically or simply sought to steal some random French bulldogs, which can be quite pricey. 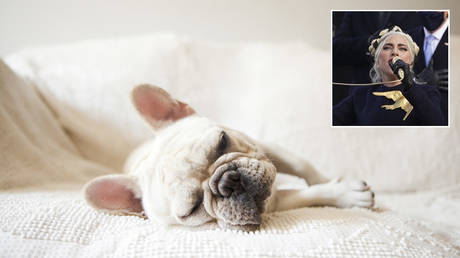 Sharjah witnesses opening of 2nd Arab Parliament for the Child

‘Not consistent with our objectives’: Harvard plans event featuring expert on cancel culture… then...