After serving as a DC federal judge for well over two decades, Judge Merrick Garland will be returning to his former place of employment, the DOJ, as attorney general under President Joe Biden, according to media reports.

Garland will be nominated for AG, having been favored by the Biden transition team over people like former Democratic Senator Doug Jones and former Deputy Attorney General Sally Yates. The official announcement may be expected as soon as Thursday. AP was the first outlet to report the news.

He is best known for being at the center of a political scandal in 2016, when then-President Barack Obama nominated him for the seat on the US Supreme Court vacated by the late Antonin Scalia. The centrist was expected to be a consensus candidate, though some Democrats voiced concerns that filling his seat on the DC Circuit Court of Appeals could be problematic due to a Republican-controlled Senate.

The nomination, however, was blocked by Senate Majority Leader Mitch McConnell, who refused to proceed with confirmation hearings citing Obama’s lame-duck status. He infamously took the opposite approach last year when President Donald Trump nominated Amy Coney Barrett as the replacement for Ruth Bader Ginsburg, resulting in accusations of hypocrisy from Democrats.

Garland was nominated to his current position, which is considered the second most prestigious in the US judiciary as many federal agencies fall under the DC Circuit, in 1997 by then-President Bill Clinton. Prior to that, he served as a top Justice Department official, dealing with high-profile murder cases.

As associate deputy attorney general, he played a key role in the prosecution of Timothy McVeigh, the perpetrator of the 1995 Oklahoma City bombing terrorist attack, which killed 168 people. In 2001, McVeigh received a lethal injection, becoming one of three people executed by the federal government under former President George W. Bush.

Nominating a judge to head the DOJ is rare, but not unheard of. Eric Holder served as a judge in the Superior Court of the District of Columbia before becoming an attorney for the federal government and eventually serving as AG under Obama.

If confirmed, Garland will have plenty of issues to navigate through, from the investigation into the tax affairs of Hunter Biden, President-elect Biden’s son, to numerous calls to prosecute Donald Trump and his associates.

Other top DOJ picks that Biden is expected to announce are Lisa Monaco, Vanita Gupta, and Kristen Clarke, the media said. Monaco and Gupta both worked in the Obama administration. Clarke heads a civil rights group and previously ran the civil rights bureau in the New York State Office of the Attorney General. 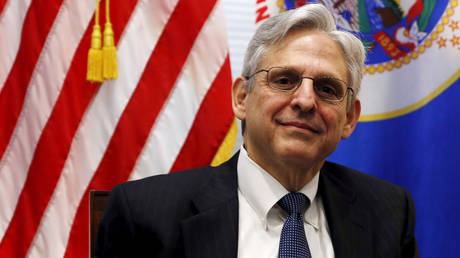