FUJAIRAH, 23rd December, 2020 (WAM / S & P Platts) — Stockpiles of oil products at the Port of Fujairah fell 4 percent in the week to 21st December, with the biggest decline recorded in middle distillates, the latest data from the Fujairah Oil Industry Zone, FOIZ, showed.

The total stood at 23.684 million barrels, a drop of 900,000 barrels from the previous week, according to the data provided exclusively to S&P Global Platts.

Middle distillate stocks in Fujairah, including jet fuel and diesel, fell 9.5 per cent on the week to 5.478 million barrels.

The volume of jet fuel cargoes headed to Asia has seen a fourfold increase for second-half of December loadings from the Middle East and India, compared with first-half December, underscoring the pick-up in the Asian aviation sector, industry sources told S&P Global Platts.

Second half December-loading Middle East and Indian fixtures of jet fuel with East-bound options grew to 485,000 mt, a jump from 120,000 mt for first half of December-loadings, according to industry sources and cFlow, Platts trade-flow software.

Light distillate stocks in Fujairah, such as gasoline and naphtha, shrank by 2.8 percent to 7.055 million barrels.

In the Fujairah delivered marine fuel 0.5 per cent market, prices remained largely similar to 21st December levels, with offers initially heard in the range of US $397- US $399/mt before falling to US $396/mt toward the end of the Platts Market on Close assessment process yesterday, 22nd December.

February ICE Brent crude oil futures dipped below the US $50/b level on 22nd December and Singapore and Fujairah marine fuel 0.5 per cent cargo prices fell in tandem. 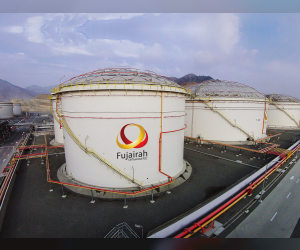