Hundreds of engineers and other workers announced the formation of Google’s first union on Monday, ostensibly to provide more structure to ongoing employee activism at the company rather than pursue traditional union goals.

Dubbed the ‘Alphabet Workers Union’ after Google’s parent company, the union is composed of hundreds of staff out of Alphabet’s reported 132,000 employees but could mark a major sea change within Silicon Valley, which has long resisted unionization efforts.

“This is historic – the first union at a major tech company by and for all tech workers,” Dylan Baker, a software engineer at Google, said in a statement.

At present, the AWU is a so-called “solidarity union” affiliated with the Communications Workers of America, a telecom union representing workers across North America, and has not pursued a collective bargaining contract with Google or the National Labor Relations Board.

It was formed in secret over the past 12 months and held elections last month to decide its leadership.

The newly elected leaders of the union, Parul Koul and Chewy Shaw, described Google as a “powerful company, responsible for vast swaths of the internet… used by billions of people,” while emphasizing that the company should prioritize the public good and return to the principles enshrined in the original company motto of “Don’t be evil.”

The union formed amid a slew of crises in recent years at the company, including the recent firing of black artificial intelligence researcher, Timnit Gebru, who criticized the company for ignoring racial bias in its facial recognition technology. She demonstrated that people of color and women are misidentified far more frequently than white people.

Internal strife was also reported as engineers criticized Google’s development of AI for the Department of Defense and providing logistical and technological support to Customs and Border Protection.

Federal prosecutors recently found that Google had likely wrongly fired two employees who protested over the company’s work with US immigration authorities in 2019.

In 2018, roughly 20,000 Google employees staged a worldwide walkout in protest at the company’s handling of sexual harassment allegations.

“Of course our employees have protected labor rights that we support,” said Google’s director of people operations, Kara Silverstein. “But as we’ve always done, we’ll continue engaging directly with all our employees.”

Previously, workers unionized at Kickstarter and at app development platform Glitch, while a small group of contractors working for Google also joined forces in 2019 but none of these were on the scale or had the scope of the Alphabet Workers Union.

“It could have huge impacts not just for the workers but for the broader issues that we are all thinking about in terms of tech power in society,” said Veena Dubal, a law professor at the University of California, Hastings College of the Law. 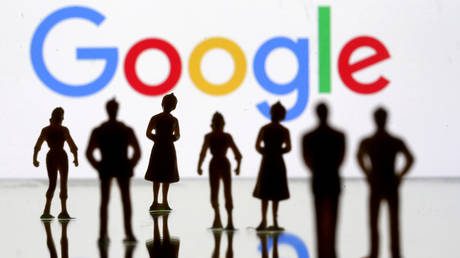