JAKARTA, 9th January 2021 (WAM/ Reuters) – A Sriwijaya Air plane with 62 people on board lost contact after taking off from Indonesia’s capital Jakarta on a domestic flight on Saturday and rescuers said suspected debris had been found in the sea off the city, Reuters reported.

Indonesian Transport Minister Budi Karya told a news conference that 62 people had been aboard, including 12 crew. Another official had said earlier there were 56 passengers and six crew. 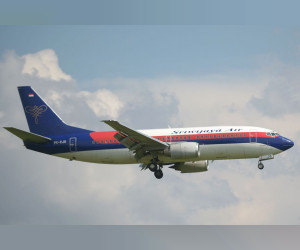 Another excuse to stay? Report on failures of US ‘gender programs’ in Afghanistan says they should continue anyway

Nissan shows off what’s new with Rogue and Sentra

‘Together We Are Good’ top recipient of private donations worldwide