Hours before she was due to be given a lethal injection, a US judge granted a stay of execution to Lisa Montgomery, the only woman on America’s federal death row, over concerns about her mental competency.

Montgomery’s legal team has been petitioning the court to consider whether her mental state allows her to understand the legal judgement handed down, a requirement for her to be executed.

Attorney Kelley Henry released a statement arguing that her client “has brain damage and severe mental illness that was exacerbated by the lifetime of sexual torture.”

US District Court Judge James Hanlon agreed that a hearing should be held before the execution can proceed to “determine Ms Montgomery’s competence to be executed”. However, a date and time has not yet been set.

Montgomery was sentenced to death in 2007 for kidnapping resulting in death after she murdered 23-year-old Bobbie Stinnett and removed her unborn child from her womb. She is currently the only woman on America’s federal death row and, if a court rules it can go ahead, would be the first female federal inmate to be executed in nearly 70 years.

Federal executions in the United States had been paused for the past 17 years and presidents have traditionally halted them during the transition period. However, President Donald Trump ordered them to recommence last year, with 10 having taken place since July. 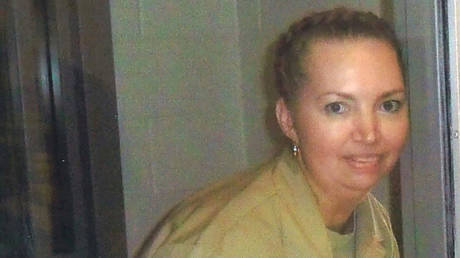