“By any measure, the allegations of fraud and irregularities in the 2020 election exceed any in our lifetimes,” Cruz and his allies said on Saturday, in a joint statement. They called for an electoral commission to be appointed immediately to conduct an emergency 10-day audit of voting results in the states that have been disputed.

Cruz, who is from Texas, is joined in the dispute by Senators Ron Johnson (R-Wisconsin), James Lankford (R-Oklahoma), Steve Daines (R-Montana), John Kennedy (R-Louisiana), Marsha Blackburn (R-Tennessee) and Mike Braun (R-Indiana), as well as by Senators-elect Roger Marshall (R-Kansas), Bill Hagerty (R-Tennessee) and Tommy Tuberville (R-Alabama). Senator Josh Hawley (R-Missouri) had previously said he would raise an objection to the electoral certification, which is scheduled to take place when Congress convenes on January 6.

While Senate Majority Leader Mitch McConnell (R-Kentucky) had hoped to avoid a political brawl with Republicans seen as resisting the will of voters, the Cruz-led group argued that after the Supreme Courts and other courts declined to examine the merits of election-fraud allegations, it’s incumbent on Congress to help restore confidence in the US democratic process. Biden is scheduled take office, replacing Republican Donald Trump, on January 20.

“A fair and credible audit – conducted expeditiously and completed well before January 20 – would dramatically improve Americans’ faith in our electoral process and would significantly enhance the legitimacy of whoever becomes our next president,” the Republican group said.

The senators cited polling showing that 39 percent of Americans, including 31 percent of registered independent voters, believe the election’s result was fraudulent. They also pointed out that when electoral objections were raised on many occasions in the past – from 1877 to 2017 – allegations weren’t dismissed by media outlets or portrayed as “radicals trying to undermine democracy.”

“Whether or not our elected officials or journalists believe it, that deep distrust of our democratic processes will not magically disappear,” the group said. “It should concern us all, and it poses an ongoing threat to the legitimacy of any subsequent administrations.”

Once the emergency audit is completed, the disputed states would evaluate the commission’s findings and convene special legislative sessions to certify or change their voting results, according to the statement.

At a minimum, the senatorial objections would likely lead to a contentious certification process. If both a senator and a House member object to an individual state’s election result, both chambers would then debate and vote whether to uphold the challenge.

“We are not naïve,” the Cruz-led group said. “We fully expect most, if not all Democrats, and perhaps more than a few Republicans to vote otherwise. But support of election integrity should not be a partisan issue.” 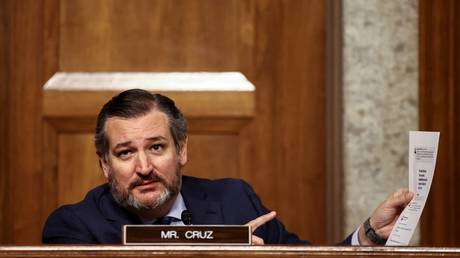