Republican strategist John Weaver, a founding member of the anti-Trump Lincoln Project group, has been accused by conservative reporters and alleged victims of “preying” on young men by offering them work in exchange for sex.

A former strategist for George W. Bush, John McCain, and John Kasich, John Weaver was in a celebratory mood on Thursday, declaring “America is great again,” after Congress formally certified Joe Biden’s electoral victory. Though a Republican, Weaver is also a member of the Lincoln Project, a group of disaffected ‘Never Trump’ Republicans and neoconservatives formed with the sole purpose of defeating the president.

Emboldened by Trump’s downfall, and buoyed by the $67 million they raised in the runup to the election, the Lincoln Project began work on a “database” of soon-to-be former Trump staff and officials, with a view to holding them “accountable” for the rest of their professional lives. However, Weaver himself was soon confronted with some alleged skeletons in his own closet.

“Maybe I should start talking about one of the founding members of the Lincoln Project offering jobs to young men in exchange for sex,” Conservative pundit Ryan Girdusky tweeted on Saturday, adding, “his wife is probably interested.”

Maybe I should start talking about one of the founding members of the Lincoln Project offering jobs to young men in exchange for sex… his wife is probably interested https://t.co/vAtUS9aPPl

Girdusky went on to say he had been contacted by several men who claimed to have been groomed by the “founding member.” Girdusky did not reveal more, but said he had screenshots of messages the Lincoln Project member sent to one recipient.

A Twitter user named Josh Price, who has since locked his account, soon came forward and named Weaver as the creep in question. He was followed by another liberal pundit, who claimed Weaver sent him “pushy” and “flirty” messages.

After Donald Trump Jr. retweeted their accusations, journalist Scott Stedman reacted to Girdusky’s thread, declaring he, too, had been contacted by Weaver. Stedman said he had followed the strategist on Twitter in 2017, and the pair would chat about politics. Stedman said he had offered him “some sort of ‘joint venture’ which I wasn’t interested in,” before he “proceeded to tell me how ‘hot’ I looked and commented on my profile picture and my hair.”

“He started calling me ‘my boy,’” Stedman continued. “I found it deeply uncomfortable.”

I don’t owe you guys anything but here. pic.twitter.com/qFlkUtxelX

Stedman alleged that, since posting about his experience, he has “gotten multiple DMs of people telling me they experienced this (and worse).” Some, he said, are “afraid to say anything.”

The accusations are not totally new, and first surfaced last summer, around the same time Weaver reportedly suffered a heart attack and scaled back his work with the Lincoln Project.

Did John Weaver fake a cardiac incident to cover up allegations from young men?

As of Sunday afternoon, Weaver has not yet weighed in on the accusations or issued a denial. Meanwhile, right-wing commentators have been hammering the group of anti-Trump crusaders.

People are coming forward to allege Lincoln Project co-founder John Weaver is a sexual predator who has preyed on young men. What do @stuartpstevens, @TheRickWilson and @gtconway3d have to say about that? After all, they are very concerned with public morality and decency. https://t.co/VegIVBQoXZ

I could give you a clue as to which Lincoln Project grifters are alleged sexual deviants by saying it’s the out of shape bald guy struggling to grow a goatee, but that wouldn’t narrow it down much now, would it.

John Weaver, founder of the anti-Trump “Lincoln Project” superpac, preyed on economically vulnerable young men by offering them jobs in exchange for sex. He is a sick predator and should never be in a position of power ever again. My prayers are with his victims and his wife.

Despite raising a whopping $67 million in a bid to crater support for Trump among Republicans, the Lincoln Project’s efforts appear to have been in vain, as he won even more Republican votes last year than in 2016. Now, with Trump defeated, the group’s battle going forward will be to remain relevant. 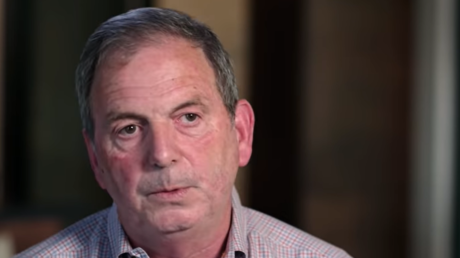