US rideshare giants pledged to cover court expenses of its drivers, should they be sued for ‘aiding and abetting’ an illegal abortion under Texas’ new restrictive law, which critics accused of establishing a ‘bounties’ system.

Uber and Lyft on Friday weighed in on the high-profile controversy surrounding TX SB8, a so-called ‘heartbeat law’ – banning abortions after rougly six weeks into term, when a fetus heartbeat can be detected – that came into force in Texas on Wednesday. It’s the most restrictive piece of state legislation on abortion rights in the US, which opponents see as paving the way to similar laws being passed in other conservative states.

One particular part that the rideshare companies objected to allows any private person to file for civil liability against those who perform an illegal abortion or help such a procedure to happen. Critics suggested that it establishes a system of ‘bounties’, under which even an Uber driver taking a woman to get an abortion can be punished to the tune of thousands of dollars.

If you are in Texas and get into an Uber, will that driver, if he doesn’t want to get sued by some bounty hunter and incur legal fees, have to clarify that he is not driving you somewhere to get an abortion?

Lyft decried the new law as “an attack on women’s right to choose” and said drivers “are never responsible for monitoring where their riders go or why” the same way that riders “never have to justify, or even share, where they are going and why.”

Both are completely unacceptable.

The company said it was establishing a fund to cover legal fees of any of its drivers, should they be sued under the new law. A similar move was announced by Uber, with CEO Dara Khosrowshahi enthusiastically agreeing with his Lyft counterpart Logan Green on the issue.

Right on @logangreen – drivers shouldn’t be put at risk for getting people where they want to go. Team @Uber is in too and will cover legal fees in the same way. Thanks for the push. https://t.co/85LhOUctSc

TX SB8 allows suing a person who “knowingly engages in conduct that aids or abets the performance or inducement of an abortion” through actions like covering its cost. It remains to be tested if a rideshare driver can be successfully held liable under it, but there is no doubt that fighting a claim in court can become costly, especially for a person making their living as an Uber driver. The highly publicized move by Lyft and Uber won them instant praise from people opposing the Texas law.

Companies doing good: @lyft & @Uber are covering all expenses for their drivers if someone takes out Texas anti-woman bounty on them, Lyft also donating $1 million to @PPFA https://t.co/lPbl7BSuQg

Notably, the concern over the financial wellbeing of their drivers shown by the California-based giants this week contrasts with some of their previous actions. Together with other companies relying on the labor of gig workers, they invested over $200 million to promote California’s Proposition 22. The ballot initiative, which was passed in 2020, stripped such workers from protections offered to regular employees in the state. Last month, a superior court judge ruled it to be in violation of the state constitution, continuing the legal battle over workers’ rights in California.

The Left’s outrage over the ‘bounties’ system may be somewhat hypocritical, noted former businessman and author Vivek Ramaswamy. After all, many of the people lashing out against Texas for seeking private policing to enforce its abortion law are quite appreciative when private companies like Facebook and Twitter “silence everyday citizens for ‘misinformation’ and ‘hate speech’” – doing what the government cannot legally do due to First Amendment protections. The Silicon Valley censors meanwhile cannot be even held liable for content on their platforms.

It reminds me of how our government regularly deputizes social media companies to silence everyday citizens for “misinformation” and “hate speech” whom the government cannot directly censor on its own. https://t.co/qVFVDa7IqI

Liberals complain that the Texas anti-abortion law deputizes private actors to do what the state cannot do directly.

Yet that’s exactly what Section 230(c)(2) does: it immunizes private companies to remove speech that the government can’t ban directly.

Why no outrage for that?

Uber and Lyft are among several corporations that have taken a public stance against TX SB8. Dating services Bumble and Match, both of which are based in Texas, came out strongly against the law, with Match Group CEO Shar Dubey personally starting a fund that would cover expenses of employees who would need to go to another state to terminate a pregnancy. 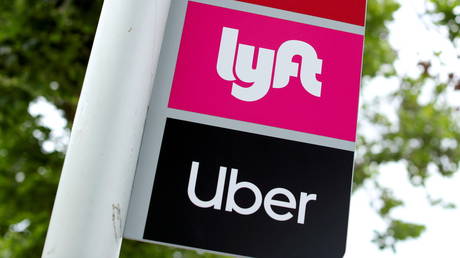