Moderna vaccine gets FDA emergency approval, becoming second jab in US to get green light

The US Food and Drug Administration (FDA) has granted emergency authorization to a coronavirus vaccine developed by pharma firm Moderna, the second immunization to pass muster with American regulators.

“With the availability of two vaccines now for the prevention of Covid-19, the FDA has taken another crucial step in the fight against this global pandemic that is causing vast numbers of hospitalizations and deaths in the United States each day,” said FDA Commissioner Stephen Hahn in announcing the move on Friday, hailing the agency’s “open and transparent scientific review process.”

The decision comes after President Donald Trump suggested earlier on Friday that the jab was “overwhelmingly approved” and that mass distribution would begin “immediately,” though the FDA had made no public announcement at the time.

Securing approval behind a vaccine developed by Pfizer and German firm BioNTech, the Moderna immunization has shown to be 94 percent effective against coronavirus infections in clinical trials. The company announced late last month that it would follow Pfizer’s lead and seek emergency authorization in the US as well as Europe, pointing to positive results in its stage-three human trials. The US is the first country to give Moderna the green light, after an FDA advisory board recommended it be approved earlier this week. Some 20 million doses are already for shipment, according to Vice President Mike Pence.

The VP received a dose of Pfizer’s jab during a live broadcast on Friday as part of a public health drive to encourage trust in the new jabs. But the confidence-building initiative has hit bumps in recent days, with one Tennessee nurse seen collapsing moments after taking the vaccine in footage making the rounds online. A similar PR stunt at a hospital in Texas this week also stoked controversy after a nurse was injected with an apparently empty syringe, forcing hospital administrators to reassure the public that the worker would receive another shot – presumably with a loaded needle. 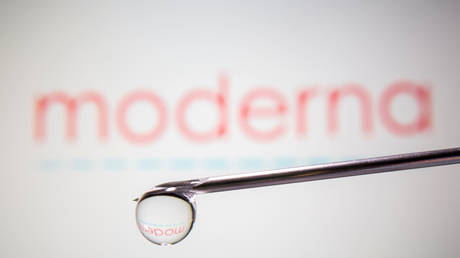