SHARJAH, 21st December, 2020 (WAM) — The Emirate of Sharjah has been adopted as a standard emirate for international tests, after the Sharjah Private Education Authority (SPEA) announced that its schools had passed the TIMSS tests, sponsored by the International Association for the Evaluation of Educational Achievement in the subjects of science and mathematics, scoring more than 500 points from 60 participating countries.
This new achievement comes as a result of the efforts of the Sharjah Private Education Authority, which practices a qualitative approach to strengthening the educational system, based on scientific and educational foundations and studies, aiming to provide an appropriate teaching environment for students of different age groups.
Commenting on this, Dr Muhadditha AlHashimi, Chairperson of the Sharjah Private Education Authority congratulated His Highness Sheikh Dr. Sultan bin Mohamed Al Qasimi, Member of the Supreme Council and Ruler of Sharjah, noting that the emirate was able, thanks to the guidance and support of His Highness, to achieve educational Cultural and economic achievements, contributing to enhancing its position on the global map, and turning it into a destination for several students.
The Authority seeks through the Sharjah project, a standard emirate for international tests, to approve the application of international tests for all targeted students, highlighting its keenness to constantly works towards developing the educational level of private education, by applying the best educational practices, encouraging the provision of distinguished services in the field of education, attracting investments in the field of private education, and developing educational tools.
The Authority also aims to identify the levels of students in the emirate according to their skills, as well as providing a rich database that contributes to the improvement of the targeted study materials and the development of curricula and plans, aiming to continue the process of educational excellence. The Authority intends to apply the three international tests as part of its plan during the next six years, shedding light of the targeted age groups and organisers. 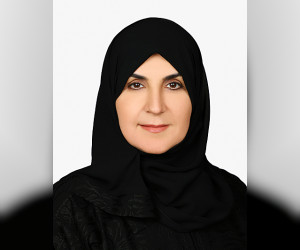