SHARJAH, 23rd December, 2020 (WAM) — H.H. Dr. Sheikh Sultan bin Muhammad Al Qasimi, Supreme Council Member and Ruler of Sharjah, in his capacity as President of the University of Sharjah (UoS), has amended Decision No (1) of 2019 and issued the executive regulations for the re-organisation of UoS law.
Decision No. (15) of 2020 replaces Article (3) of Decision No (1) of 2019.
The new Decision stipulates that the UoS shall have a council that represents the supreme authority and undertakes general supervision over its administration, and it shall be formed of a sufficient number of members by a decision of the university president.
The Amendment also provides for that the term of membership in the council is three years starting from the date of its first meeting, and it may be extended for a similar period or periods, provided that the council continues to execute its works at the end of its term until a new council is formed; those whose membership term has expired may be reappointed.
The membership of the Council shall include University President, a number of public and other prominent scientific figures. Members of the Council may be terminated by a decision from the President.
The President may appoint a successor to any of its members who may be absent for any reason whatsoever in order to complete the membership for the remaining period therein.
The Decision is effective from the date of its issuance and other competent authorities are required to implement its provisions each in its respective field, and shall be published in the Official Gazette. Any provision contrary to the new Law’s provisions shall be repealed. 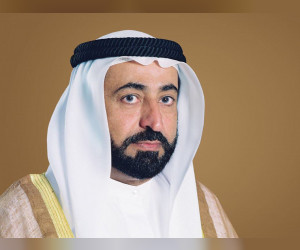