Tulsi Gabbard breaks with other lawmakers, won’t take Covid-19 vaccine until seniors get it, blasts ‘heartless bureaucrats’ at CDC

While numerous other lawmakers have publicly gotten the Covid-19 vaccine, Rep. Tulsi Gabbard (D-Hawaii) has vowed not to until all seniors receive it.

“I had planned to get the vaccine but will now stand in solidarity with our seniors by not doing so until THEY can. I urge my colleagues who are under 65 and healthy to join me,” Gabbard said in a Monday morning message posted to Twitter.

The congresswoman and previous presidential hopeful blasted “heartless bureaucrats” at the Centers for Disease Control and Prevention for not prioritizing seniors, viewed as the most vulnerable to Covid-19, in their rollout plan.

I had planned to get the vaccine but will now stand in solidarity with our seniors by not doing so until THEY can. I urge my colleagues who are under 65 and healthy to join me. (2/2)

Seniors were deemed a second-priority group by the Advisory Committee on Immunization Practices, which recommended health care workers, nursing home staff/residents receive the vaccine first. CDC Director Robert Redfield could still prioritize seniors. He has expressed support for ensuring people over the age of 70 receive the vaccine sooner rather than later.

Gabbard’s statement stands in contrast to the actions of many lawmakers who have received the vaccine before it is available to most Americans.

Sen. Marco Rubio (R-Florida), 49, was accused on social media of “cutting” to the front of the line by critics after posting images of himself receiving the vaccine over the weekend.

There are very, very few instances of known allergic reactions to the Covid-19 vaccine, but Marco Rubio has always thought of himself as one in a million so there’s still hope.

Lindsey Graham and Marco Rubio jump to the front of the line for #CovidVaccine. Cannot think of two less essential personnel in America than those two hypocrites.

On the other side of the political aisle, 31-year-old Alexandria Ocasio-Cortez (D-New York) also received pushback after receiving the vaccine, with many citing her young age as a reason for her not to be one of the first to get vaccinated.

Another “lawmaker” getting the VACCINE before THE PEOPLE. Here we see @aoc—A very ineffective, destructive and ignorant person getting “the COVIDE antidote” Weren’t we told that ESSENTIAL WORKERS would get the vaccine first ? Then those FOOLS in congress should go LAST pic.twitter.com/KWAy2cCrgE

Is she over 70? How on earth did AOC get first in line for the vaccine? https://t.co/Y5IgdCUVCW

Others, like journalist Glenn Greenwald, also pointed to the hypocrisy of many liberals criticizing conservatives like Rubio, but celebrating Ocasio-Cortez’s vaccination announcement.

I love how the angry discourse surrounding younger members of Congress getting the vaccine has become much, much more polite and restrained (and way less viral) now that it’s not just Marco Rubio who did it (left) but also AOC (right). pic.twitter.com/6VB4tAVbw3 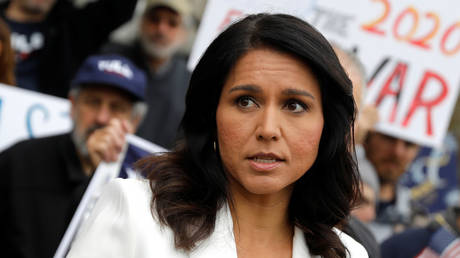