Twitch announced they have disabled Trump’s account indefinitely, preventing him from streaming videos to his followers. A spokesperson for the company cited Wednesday’s Capitol Hill protests as the reason behind the decision.

“Given the current extraordinary circumstances and the president’s incendiary rhetoric, we believe this is a necessary step to protect our community and prevent Twitch from being used to incite further violence,” the spokesperson said.

Twitch previously briefly suspended the president in June for violating their hateful conduct and harassment policies by streaming videos that they claimed included disparaging remarks about Mexicans. Earlier on Thursday, Facebook CEO Mark Zuckerberg announced Trump would be banned from the platform, as well as Instagram, for at least the next two weeks, citing concerns similar to Twitch’s about his rhetoric potentially inciting further violence.

Twitter also previously suspended Trump from his account for 12 hours over tweets he made calling for an end to violence at the Capitol, but also continuing to push election fraud allegations and telling rioters he knows how they feel. In yet another blow from a tech company, e-commerce website Shopify also pulled down multiple stores affiliated with the president and selling pro-Trump merchandise on Thursday.

A spokesperson for the company said they do not tolerate “actions that incite violence” and determined that the president had violated their Acceptable Use Policy, which “prohibits promotion or support of organizations, platforms or people that threaten or condone violence to further a cause.” 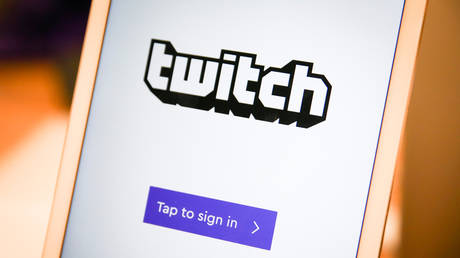