ATHENS, 14th January, 2021 (WAM) — Sulaiman Hamed Salem Al Mazrouie has presented a copy of his credentials as Ambassador Extraordinary of the UAE to Greece to Katerina Sakellaropoulou, Greece’s President, at the presidential palace in the capital, Athens.

The Greek President, in turn, reciprocated her greetings to the UAE leaders, wishing the Government and people of the UAE further development and prosperity.

Sakellaropoulou wished the ambassador success in strengthening relations between the two friendly countries, emphasising her country’s readiness to provide all possible support to help him perform his duties.

For his part, Al Mazrouie expressed his pride in representing the UAE in Greece, as well as his keenness to bolster bilateral ties in various areas.

The two sides also discussed ways to deepen Emirati-Greek ties with the aim of realising the aspirations of both peoples. 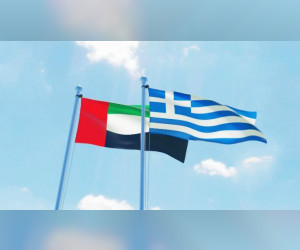 ‘We are absolutely not starting from scratch!’ Fauci BUSTS ‘source-based’ CNN report on Covid-19 vaccine rollout

Nancy Pelosi is re-elected as US House speaker after AOC and other ‘Squad’ members...