Al AIN, 11th January, 2021 (WAM) — Prof. Khaled Masmoudi, from the Department of Integrative Agriculture at the College of Food and Agriculture at the United Arab Emirates University, has completed a study entitled “LAE2 proteins of date palms and tolerance to abiotic stress”.

It sheds light on the appropriate conformation of an enzyme, the role of proteins of the date palm, and the important potential tool that can be used to engineer new heat-tolerant enzymes.

He said, “Date palm trees are among the oldest crops in the Middle East, North Africa and the Arabian Peninsula. Despite the great importance of date palm trees, there is a still need for continued improvement to the genome assembly and gene annotation of a date palm. In date palm, LEA 2 genes are of particular abundance and their members are nearly all ubiquitous. LEA proteins are highly hydrophilic, and thus, they are speculated to retain water molecules and prevent crystallization of cellular components under water deficit, which results from drought, high salinity and heat stresses,” he added.

The researcher concluded that the date palm-expressed recombinant proteins can be used to stabilize enzymes and maintain their activities from heat during the industrial process for a longer period. These proteins have potential industrial applications.

He pointed out that the scientific method used in the study was to isolate the RNA from the seedling roots of the date palm, and the LEA2 genes were amplified using PCR technique, then the cloned genes were sequenced and analysed in comparison with the deposited sequences in the NCBI database.

In detail, the different LEA2 genes were cloned from the date palm and cloned into the yeast mutant strain, which is a heat-sensitive strain to examine the heat stress tolerance of the recombinant constructs. It revealed the tolerance of the recombinant yeast strains to temperatures of 37ºC and 42ºC. The growth of yeast cells was monitored by calculating their growth and survival at different time intervals.

The researcher emphasised that the development of innovative combined technologies will have a big impact on preventing enzyme aggregation and degradation during heating and that disordered and flexible structure of PdLEA2 proteins could allow them to function as a physical barrier between enzyme molecules and thus prevent their aggregation under conditions that induce partial unfolding.

He pointed out that the most important objective of this study is to understand the effect of protection from heat stress of recombinant and purified PdLEA2 proteins on the enzymatic activities in industrial processes. The use of fermentation at a large volume for bacterial cell growth to enhance the production of recombinant protein is considered a potentially important tool for engineering novel thermo-tolerant enzymes for industrial processes. In addition, the generation of transgenic plants that overexpress PdLEA2 genes will prevent the negative effect of the external conditions in arid regions by making evident of their role in providing a greater tolerance towards salt, drought and heat stresses.

The main results of the project showed that the date palm genome is characterised by its abundance in LEA2 genes. The findings indicate for the first time that LEA2 proteins from date palm may be used to stabilise enzymes and preserve their activities from heat during the industrial process for a longer period. LEA2 proteins appear to be an amazingly versatile group, presumably due to their intrinsically unstructured character. They exhibit myriads of functions with potential applications at the industrial level. 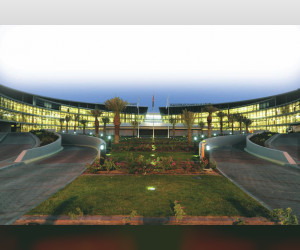