Major General Sheikh Rashid bin Ahmed Al Mualla Commander in Chief of Umm Al Qaiwain Police, affirmed that the video had been shot outside the country and not in the emirate, as falsely claimed.

Al Mualla called on social media users not to propagate such videos as they threaten social security and stability.

“All deterrent measures will be taken against those found to have fabricated the video according to Legal Article No. 21 of Law No. 5 of 2012 on combating information technology crimes,” he said.

State police forces have all the tools and capabilities to locate the source of such clips and images, and to take legal action against those behind them, he added. 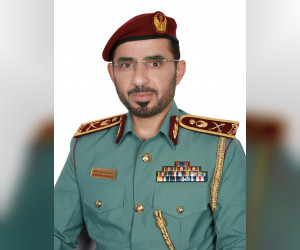 Harvard punishes professor who had ties to Jeffrey Epstein