ABU DHABI, 23rd December, 2020 (WAM) — Sheikh Nahyan bin Mubarak Al Nahyan, Minister of Tolerance and Coexistence, stated that the United Nations (UN) General Assembly’s declaration that 4th February will be observed as the International Day of Human Fraternity from 2021, on an initiative presented by the UAE, in cooperation with Bahrain and Egypt, is a new global success for the efforts of His Highness Sheikh Mohamed bin Zayed Al Nahyan, Crown Prince of Abu Dhabi and Deputy Supreme Commander of the UAE Armed Forces, and is an international recognition of his vision that supports human dignity.

In his statement on the occasion, Sheikh Nahyan said that the resolution highlights the appreciation of the historic event that took place in Abu Dhabi on 4th February, 2019, when the Human Fraternity Document was signed by Pope Francis, Head of the Catholic Church, and Dr. Ahmed Al Tayyeb, Grand Imam of Al Azhar, under the patronage of His Highness Sheikh Mohamed bin Zayed.

Declaring 4th February as the International Day of Human Fraternity is the outcome of the significant efforts of Emirati diplomacy, led by H.H. Sheikh Abdullah bin Zayed Al Nahyan, Minister of Foreign Affairs and International Cooperation, in coordination with friendly Arab countries, aimed at serving human values and issues around the world, he added, noting that it also confirms the UAE’s global leadership, as it succeeds in mobilising the efforts of member states of the UN General Assembly to issue the resolution anonymously.

Sheikh Nahyan then pointed out that adopting the day is a victory against violence, hate, religious and ethnic extremism and all forms of discrimination, in favour of the principles of human fraternity, tolerance, compassion, coexistence and peace.

This message, which was adopted by the UN, represents the core vision of the Ministry of Tolerance and Coexistence since its inception, he further added, stressing his pride at the fact that these objectives have become global after being endorsed by the world’s countries.

Sheikh Nahyan declared that the Ministry of Tolerance and Coexistence is drafting a comprehensive plan to celebrate the day on 4th February, affirming that the global recognition of the UAE’s efforts has created further responsibilities to promote the values of tolerance, coexistence and human fraternity. 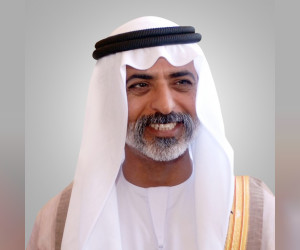 US job growth likely rose in February in rebound from slump