GENEVA, 14th January, 2021 (WAM) — UN human rights experts Michael Lynk and Tlaleng Mofokeng have said that although Israel is leading the world in Covid-19 vaccinations, it has not ensured that Palestinians in the West Bank and Gaza will have any near-future access to the available vaccines.
“Israel’s roll-out of its vaccination programme against the COVID-19 pandemic for its citizens has been impressive. In this early stage of the worldwide inoculation programme, Israel has delivered the vaccines to a higher percentage of its citizens than any other country,” the experts said. “We understand that Palestinians with resident status in occupied East Jerusalem have been offered the vaccines by Israel,” they said in a joint statement published today by the Office of the High Commissioner for Human Rights (UN Human Rights).
“However, Israel has not ensured that Palestinians under occupation in the West Bank and Gaza will have any near-future access to the available vaccines,” they added.
According to the ‘Washington Post’, Israel has distributed vaccines to Jewish settlers in the West Bank, but not to Palestinians there or in the cramped, impoverished Gaza Strip. Israeli officials contend that these Palestinians don’t fall under their jurisdiction under the terms of the Oslo accords and that it is the job of the Palestinian Authority to procure and distribute vaccines in the occupied territories.
“I don’t think that there’s anyone in this country, whatever his or her views might be, that can imagine that I would be taking a vaccine from the Israeli citizen, and, with all the goodwill, give it to our neighbors,” Israeli Health Minister Yuli Edelstein told Britain’s Sky News over the weekend. 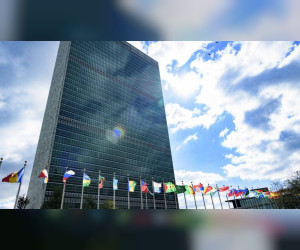