Syracuse University has been criticized by faculty members over its “highly selective” defense of free speech, after it supported a professor who claimed 9/11 was an “attack on the systems many white Americans fight to protect.”

Last Friday, Jenn M. Jackson, an assistant professor of political science at the New York-based university, prompted outrage after tweeting that the terror attacks were a response to America’s “heteropatriarchal capitalistic systems.” Jackson made the remarks in a series of tweets that have since been protected by privacy settings.

“We have to be more honest about what 9/11 was and what it wasn’t. It was an attack on the heteropatriarchal capitalistic systems that America relies upon to wrangle other countries into passivity,” Jackson had written, according to screenshots of the tweets that have been widely shared.

In the tweets – made one day before the 20th anniversary of the terror attacks – Jackson had reportedly claimed to have been “really disturbed by how many white pundits and correspondents talk about” 9/11. According to the Daily Wire, the professor also took issue with the idea that “9/11 was the first time that Americans ever felt fear.”

“White Americans might not have really felt true fear before 9/11 because they never felt what it meant to be accessible, vulnerable, and on the receiving side of military violence at home. But, white Americans’ experiences are not a stand-in for ‘America’,” Jackson wrote.

As an S.U. poli-sci grad, I just wanted to say, Ms. Jackson, you can F right the hell off. @SyracuseU – you ok with this? https://t.co/2l5dKjKXbE

After the remarks drew widespread condemnation and led to calls for her dismissal, Syracuse University officials on Monday issued a statement that supported Jackson’s right to free speech, “however uncomfortable it may make anyone feel.”

Noting that Jackson had been the target of “harassment and violent threats,” school officials said they would neither “condemn the professor’s comments” nor dismiss her. In the statement, they noted that “free speech for all people across the political spectrum” was one of the university’s “key values,” even if it was “offensive, hurtful or provocative”.

Free speech and academic freedom are the hallmarks of university life. Threat of violence have no place in debate. Counter ideas with other ideas. Thank you to our chancellor, provost, and dean for making a public stance for our colleague and these principles. pic.twitter.com/yuxqFsMIOd

The majority of commenters applauded the university for its public stance, but some academics at the university accused the officials of exhibiting a “highly selective” sense of “concern for faculty rights” and pointed to a lack of consistency in its application of free speech rules.

“Our admin’s defense of free speech for faculty would be a lot more impressive if they had not recently suspended a distinguished full professor for a semester, for making a single reference to the ‘Wuhan Flu’,” tweeted Matt Cleary, an associate professor in the political science department.

Fully agree. I defend our colleague’s right to her opinion. There is no place for violent threats. But, I also have the right to denounce what she said, which I do, unequivocally. They did not attack a “system.” They attacked the people listed here: https://t.co/5fgtaDfaYO

Last year, the university placed chemistry professor Jon Zubieta on administrative leave for using “derogatory language” against Chinese and Asian-American students. The punishment came after images were circulated of a course syllabus in which Zubieta referred to the Covid-19 virus as the “Wuhan Flu” and “Chinese Communist Party Virus.”

While “equivocally” denouncing Jackson’s comments, Cleary and a number of other people, including Syracuse faculty members, defended her right to express an opinion. Economics professor Devashish Mitra hoped the university would adopt a “more consistent application of this policy of free speech” going forward.

In this particular case, I find our Chancellor’s defense of our colleague’s right to free speech very commendable (even though I disagree with our colleague). I hope going forward we have a more consistent application of this policy of free speech. 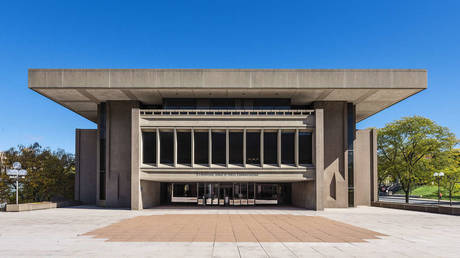